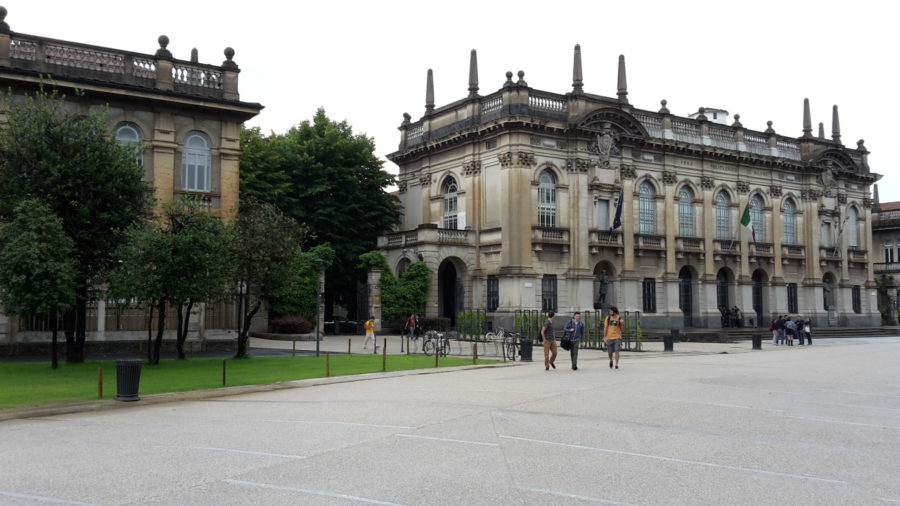 Welcome back to our blog section about the Milan neighborhoods. This week we will explore the Città Studi neighborhood.

Città Studi is based at north-east, few steps only from the Milan center. It’s the area with the highest number of Universities. The Politecnico di Milano is located in Piazza Leonardo da Vinci with Engineering and Architecture Faculties, than the Università Statale di Milano with it’s five faculties: Veterinary Medicine, Agriculture, Sport Medicine, Tech Science, Pharmacy. In this area there are also two of the most important Italian research centers: The BESTA (Neurological institute) and the Fondazione IRCCS (Cancer Insitute).

Before 1913 the Città Studi neighborhood was called Cascine Doppie (Double Countryhouses). It’s because at the beginning of 1900 this area was countryside with cultivated lands and old countryhouses called “cascine”. The Politecnico di Milano was in an another neighborhood in the Palazzo della Canonica in piazza Cavour. Years later the city rapidly expanded and there was the necessity to transfer the oldest Milan university in a wider headquarter. In the 1927 the new area of the Politecnico was completed and soon after that the neighborhood started to be called Città Studi.

This is an area full of interesting attactions and there are always interesting cultural events.

The Città Studi is easly reachable from the city center and from all the other Milan neighborhoods,
it’s possibile to arrive to the Duomo in 15 min by metro from Loreto M1.

If you have decided to live in this area and you need to reach the North of Milan, you can use the green line metro (M2) from Piola and stop at the Stazione Centrale and then get on the yellow metro line (M3).

If you need to reach the South, then you have to get on the bus 91 that stops in Bocconi neighborhood in 30 min.

In 30 min you can reach the North-West of the city with just two metro lines: the green line from Piola to Garibaldi and then the purple line (M5) to San Siro.

If you are looking for an area that is both dinamic and quiet, you are in the right place. The Città Studi neighborhood offers lots of interesting attractions like the Spazio Tadini, the museum-house of the poet and painter Emilio Tadini. Then the theater Leonardo Da Vinci, where you can enjoy performers from all over the country and the beautiful Botanical Garden, in via Camillo Golgi 18, that together with the one in Brera, are part of the Botanical Gardens Museum of the Statale of Milan.

After the walk in the Botanical Garden you have to stop in one of the historical Milan cafè, the Bar Basso, and grab a Negroni Sbagliato (Wrong Negroni) that was invented here in the Seventies and it’s a drink less strong than the classic Negroni.

Before to have the Negroni, maybe it’s better to eat something. Let’s go to the Union Club! A nice place with a vintage and warm atmosphere where is possible to have a good aperitivo with high quality food at a really good price. Piadine, panini and cutboards full of cheeses and cured meats with rock music in the background!
On Sunday let’s go for the brunch to the UpCycle, the first Italian bike cafè. Here you’ll find bicycle passionates but also high quality simple and genuine cuisine with a north Europe pinch.

The best way to end the walk in the Città Studi neighborhood is to stop and taste a Sicilian cannoli at “La Siciliana“ the sweet tooth paradise in via Teodosio 85. Cannoli, iris, cassatine, granite and much more.

Shared apartment rooms price in the Città Studi neighborhhod aren’t so different from the other neighborhoods close by the city center. The cost of a double room is around 500 euros, than renting a studio apartment it costs around 750/800 euros. The offer in this neighborhood is really wide, so it’s possible to find good deals, but to find the best place to live with the perfect flatmates have a look at Cooabit.com, the website that makes the cooliving simple!

Why living in Città Studi neighborhood?

If you are going to study at University, this is the neighborhood for you, because it’s dinamic, lively and full of students, so perfect to make new friends

See all posts by Jennyfer Pileggi →

Share this ArticleLike this article? Email it to a friend!
Email sent!